Employers have been caught giving illegal contributions to the Hoffa-­Hall Slate. What are we going to do about it?

Rick Middleton, a Hoffa-Hall VP in Southern California, was caught taking campaign contributions from Local 572 employers. On Friday, the election Supervisor threw out the old results and ordered a new Convention Delegate election in Local 572.

Ballots will be mailed in just 8 days – and this is a defining moment for our campaign.

Hoffa is desperate to win in Southern California and to block our candidates from getting on the ballot in the West. We can stop him— but we need to win the Local 572 delegate race. It's that simple.

Hoffa's running mate Rick Middleton paid himself $310,830 last year from the Teamsters. He's got plenty of money to pay for a rerun election— even without illegal contributions from the bosses.

Our candidates are working Teamsters and they need our support. I am personally donating to help the Teamsters United 572 slate succeed in this must-win delegate race. I’m asking you to do the same.

Donate today to help 572 members take on Hoffa and the employers. 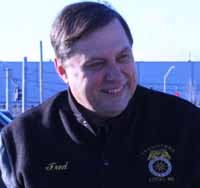