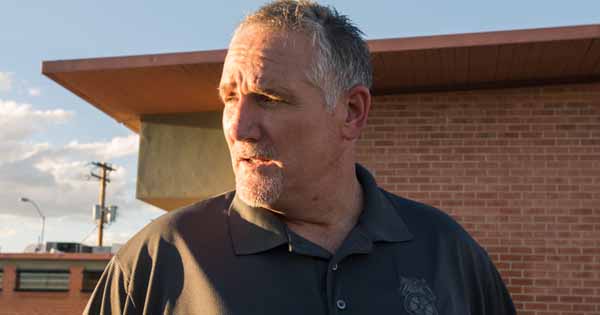 Yet another Hoffa stooge is under investigation for corruption. This time, the issue is embezzlement and the target of the investigation is Andy Marshall, an International Rep and Hoffa’s UPS Package Director for the Western Region.

Marshall is also the Secretary-Treasurer and principal officer of Arizona Local 104 and Joint Council 3, which is ground zero for an embezzlement investigation underway by the Independent Investigations Officer (IIO).

The IIO has issued a subpoena for bank records from Chase Bank and Banco Bilbao Vizcaya Argentaria (BBVA).

According to the subpoena, Marshall issued at least 27 credit cards but investigators say there are no monthly credit card statements and the local routinely paid the bills without requiring receipts.

Corruption charges are expected but the investigation has not been completed yet.

Marshall is best to known to working Teamsters as the architect of the deal that moved thousands of Southwest UPS Teamsters in Southern California, Arizona, New Mexico and New Jersey into a substandard healthcare plan under the 2013 contract.

The new plan reduced members' coverage. Even worse, members are paying for the new plan by reductions in their pensions when they retire.

“Hoffa and his friends are benefiting from corruption, while members take concessions and benefit cuts,” said Fred Zuckerman. “As General President, I will end the corruption-concessions connection. I fight for the members. Hoffa and his pals only look out for themselves.”