Carhaulers Say No to Concessions 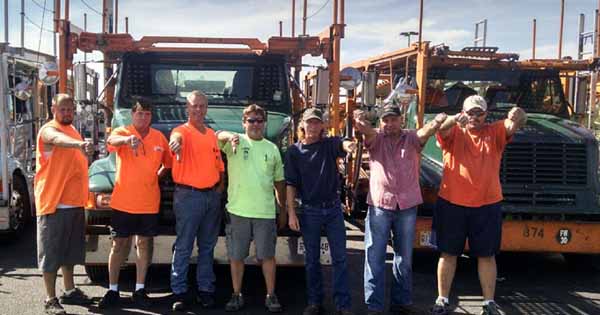 The Teamsters United Carhaul Contract Conference Call drew 950 Teamsters from every carhaul craft and almost every terminal – and the sentiment is STAND UNITED TO VOTE NO to send it back for renegotiation. You can download a leaflet to distribute at your terminal, at union meetings, and on the road.

Get the word out fast, because the Hoffa administration is trying to do a hurry-up vote before members can learn about all the concessions.

Teamsters United candidate and carhaul leader Fred Zuckerman on Sept 24 sent a letter to James Hoffa demanding that the materials posted on-line be corrected, because they conveniently left out Articles 58, 59 and 61 of the Central-Southern Supplement – hiding the details of some of the concessions! On Sept 25, the IBT announced they would comply and would mail the proper materials to all members.

Teamsters United candidates John Thyer, ST of St Louis Local 604, Bill Frisky, ST of Cleveland Local 964 and Fred Zuckerman, President of Louisville Local 89, have come out against the concessions and urge solidarity in Voting No. 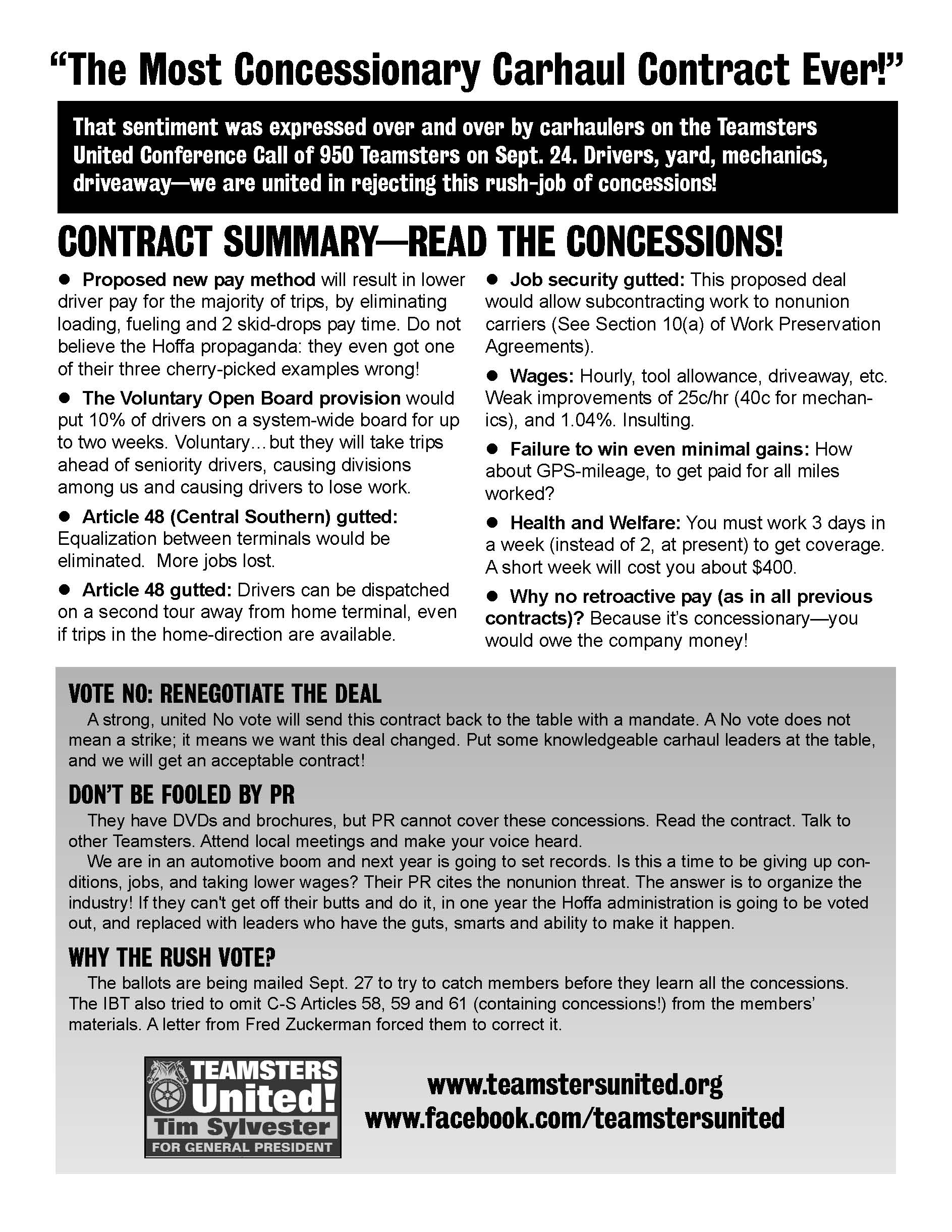