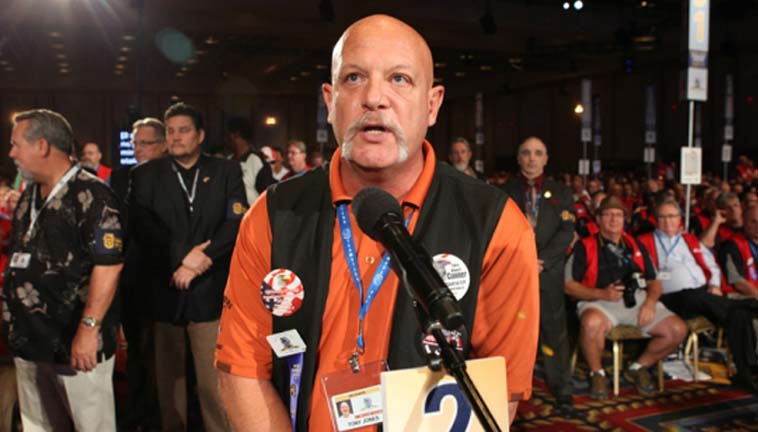 Nearly every Teamster local will hold an election in early 2016 to elect delegates and alternate delegates to send to the Teamster Convention in June.

The convention will nominate candidates to run for Teamster General President and all International Union officer positions.

To get on the ballot, Teamsters United candidates will need to be nominated by approximately 90 Convention Delegates overall, plus a minimum number in each region.

Teamsters United is building local campaigns to win far more delegate races than that—and to be the voice of working Teamsters at the Convention.

Convention Delegates have the power to review and amend the entire Teamster Constitution.

Teamsters United delegates will be there to protect members’ rights—including the right to vote on our contracts and in future elections for IBT officers.

Get Involved in Your Local

If your local officers will vote to nominate Teamsters United candidates, then give them your support. But if you local officers plan to vote to back Hoffa-Hall after all the damage they’ve done, then rank-and-file members need to step up and run.

Now is the time to get started. The first nominations will be held in January, with ballots mailed out in February. Some locals will hold nominations in February and March.

You can get the exact details by reading your Local Union’s plan for Delegate Elections or by contacting Teamsters United.

Teamsters United is coordinating with delegate slates in every region. Call us at 718-693-0400 or send us a message.  We can answer your questions and help you mount a winning campaign.