Hoffa Chickens Out on the Members 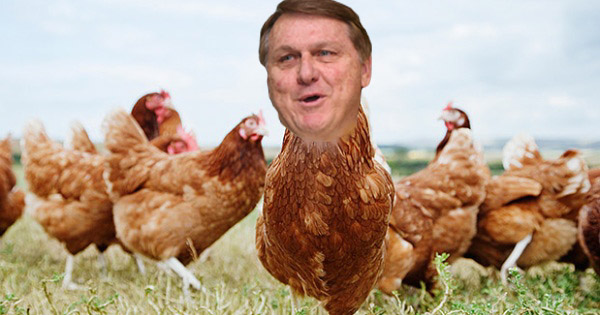 Hoffa has officially chickened out of the General President debate. But Fred Zuckerman and Ken Hall will square off at an official candidate’s forum on August 25 at the National Press Club.

The Election Supervisor made the announcement in a notice today.

“I’m not surprised that Hoffa will be a no-show at the debate. He has been a no-show whenever Teamster members have needed him for years,” said General President candidate Fred Zuckerman.

“I will be there to address the issues Teamsters are concerned about and to hold Ken Hall accountable for the failed Hoffa-Hall record of concessions, corruption and pension cuts,” said Zuckerman.

The debate will be streamed live on the Teamster website and Facebook page. Members who are watching online will be able to submit questions. Details on format, conduct, and dissemination of the forum are available in the supplemental rules issued by the Election Supervisor.

Teamsters United will be issued 50 tickets for supporters who are interested in attending the debate. Click here to request a ticket. We will not be able to grant all requests because of the limited ticket supply.

Teamsters United volunteers will be reaching out to Teamster voters in Washington, DC and Baltimore before and after the debate. Plan accordingly when making your travel plans to the debate.