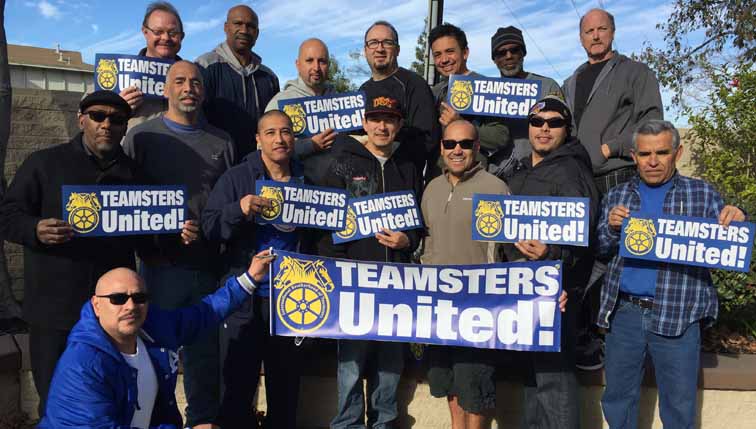 What is it with Hoffa’s running mates in the West? First Rome Aloise, Hoffa’s VP in Northern California, is busted on corruption charges, including taking employer gifts. Now, Middleton, a Hoffa-Hall VP in Southern California, has been caught using employer-backing to rig an election.

Middleton “won” the first Delegate race by just 92 votes. We now know that election was stolen through violations and dirty tricks, including using union resources, confiscating members’ ballots, and collaborating with employers.

The violations are laid out in a detailed report by the independent Election Supervisor.

The violations and fraud show just how desperate Hoffa and Hall are to deny members a choice in the International Union election. Teamsters United 572 is running to nominate Fred Zuckerman and Teamsters United candidates in the Western Region.

Will You Stand with These Teamsters?

Fortunately, Local 572 members will get a new, supervised election. Ballots will be mailed on April 19.

It’s up to all of us to help Local 572 members win their Delegate race and secure a choice against the Hoffa-Hall slate for every Teamster in the West.

Rick Middleton has plenty of money to finance another campaign. He took home three Teamster salaries last year. His total compensation was $310,830.

The Teamsters United 572 candidates are working Teamsters running a grassroots campaign. Can you chip in to help them win?

Click here to donate to Teamsters United—and we’ll use these funds to help Local 572 members take on Hoffa and the employers.