Moving Ahead to Defeat Hoffa-Hall in 2016 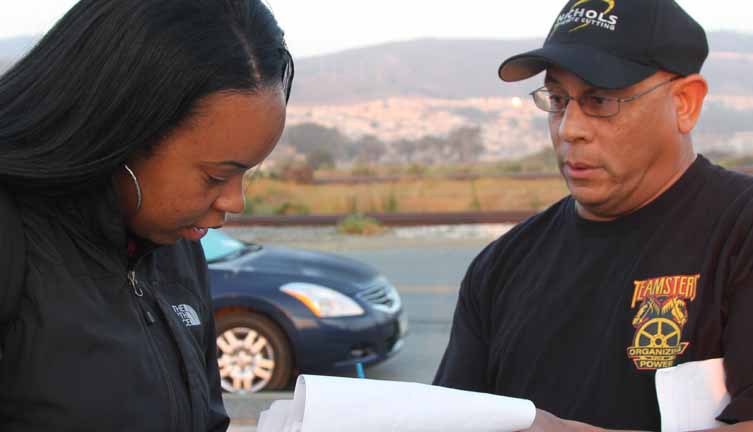 Teamster members want Hoffa and Hall out of office and a new direction in our International Union. Teamsters United is organizing to make that happen in the 2016 IBT election.

Our movement suffered a setback on December 15 when Tim Sylvester narrowly lost the local union election in Local 804.

We stand in solidarity with Tim Sylvester, who is a proven leader with a record of winning strong contracts and pension improvements that Hoffa-Hall could never dream to match. We are proud to have Brother Sylvester on our team.

The Teamsters United campaign is bigger than any local election or any individual. This is about 1.3 million Teamster members and the future of the labor movement—and we are not backing down.

The Teamsters United Slate has met and conferred with supporters across the country and we are making plans to move forward. We are re-evaluating which Teamsters United leaders will run for which position, and will be making announcements soon regarding changes going forward.

We expanded our slate this week with the addition of Carlos Lizarraga, a BLET rail engineer and dedicated Teamster.  We are committed to representing all crafts in our diverse union, and welcome Carlos to our leadership team!

We now have over half of our slate full, with more leaders coming on board in the weeks and months to come.   We will nominate a full slate of candidates at the IBT Convention in June.

Presently, we are gearing up for Convention Delegate races in local unions across the country, organizing local campaign committees and building the campaign war chest it will take to win.

Teamsters United candidates are making plans to be out in the field, organizing Teamster-to-Teamster.

This campaign belongs to Teamster members. Send us your ideas and get involved today.