As Teamster members prepare to vote for International Union officers, the Independent Investigations Officer has launched a major corruption probe into Hoffa for racketeering.

Anti-corruption officers are now in Federal Court as part of a widening probe into top officials for taking employer gifts and payoffs in exchange for rigging the bidding process for business with Teamster benefit funds.

The money trail begins with Charles Bertucio, an investment firm owner and insurance broker who was paid by health insurance corporations to land business with Teamster benefit funds.

Bertucio bought access to Hoffa and top Teamster officials by taking them on golf trips to Europe,1 flying them on private jets, and giving away tickets to the World Series and the NBA Finals.2

Bertucio even hired Hoffa’s son, Geoffrey Hoffa, to grease his way to Benefit Fund business from the Teamsters.3

When Bertucio submitted a substandard bid to the VEBA Trust, a fund covering over 20,000 Teamsters, Hoffa-Hall VP Rome Aloise and Chief of Staff Willie Smith shared inside information with Bertucio so he could restructure his bid, charge as much as possible and still land the business.4

Hoffa advisor Richard Leebove monitored the Fund’s deliberations even though he is exclusively a political and campaign operative and has no role in Teamster benefit funds.5

Bertucio landed the account and three months later, he took Hoffa, Smith, Leebove and others on a golf trip to Scotland to play at St Andrews.

The Independent Investigations Officer is now in Federal Court with subpoenas for the phone and financial records of Hoffa’s chief of staff as part of an investigation into the VEBA scam and the cover-up of the pay-for-play golf trips.

“Hoffa-Hall and corrupt officials sell out the members and use our union to line their own pockets,” said General President candidate Fred Zuckerman. “Teamster members can clean house when they get their ballots in October.”

Read more on the new corruption probe and how Hoffa-Hall corruption results in contract givebacks and benefit cuts for working Teamsters. 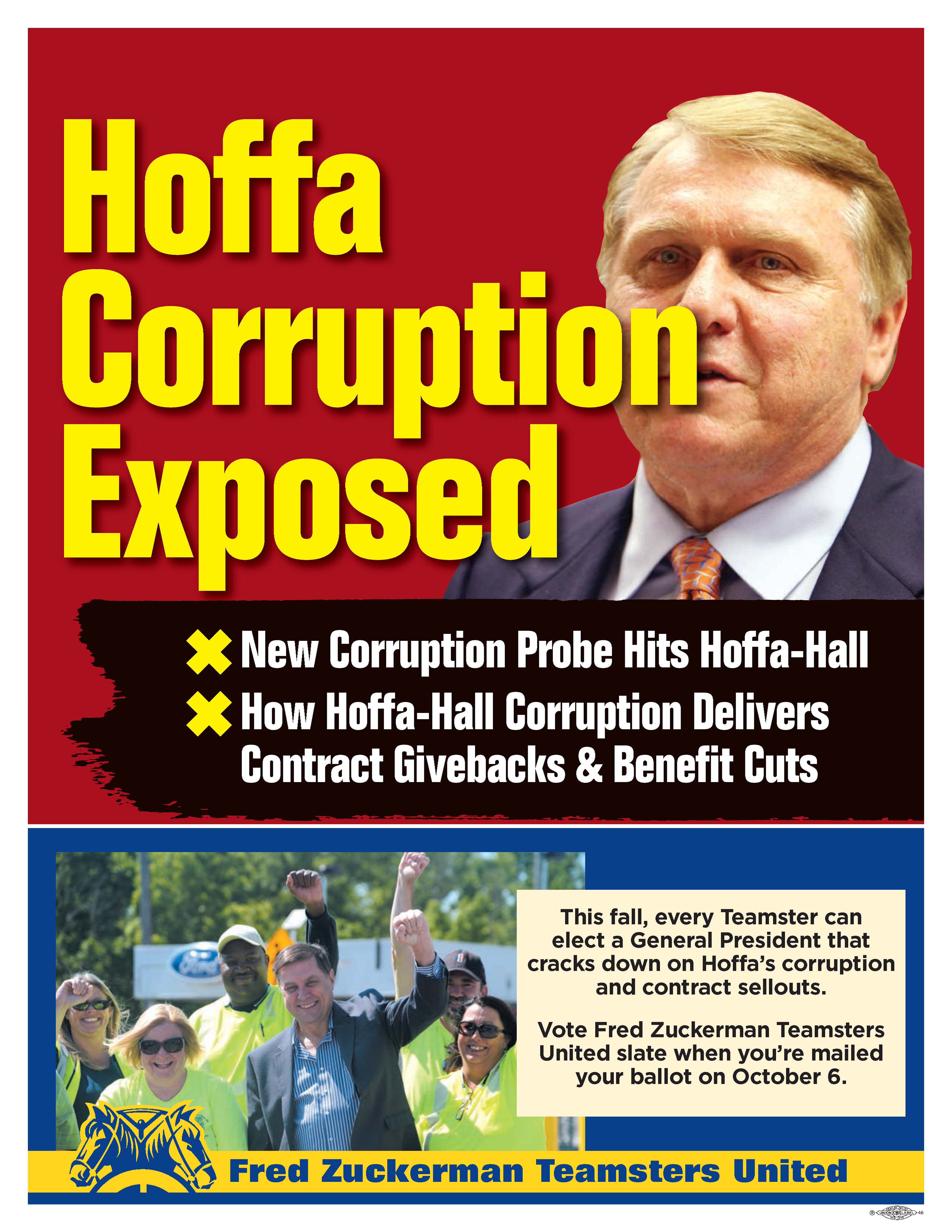 1 Bertucio took General President Hoffa on golf trips to Ireland and to St Andrews in Scotland. Top Hoffa-Hall administration officials and advisors who went on one or more of the golf junkets include Chief of Staff Willie Smith, Dave Laughton, the Chairman of the New England Benefit Trust and the New England Teamsters and Trucking Industry Pension Fund), International Union Trustee Kevin Moore, Hoffa’s top political and campaign advisor Richard Leebove, and Greg Tarpinian, a consultant to Hoffa, now of EnTrust.  See pages 4–5 of the Independent Review Board Charges against Rome Aloise, February 10, 2016.

3 When asked in a deposition if he knew what Geoffrey Hoffa did for a living, Bertucio answered, “Not really.” But Bertucio hired the junior Hoffa anyway “to help with introductions” to Teamster benefit fund officials.  Sworn Deposition of Charles Bertucio, October 13, 2015.

4 Declaration in Support of the Independent Investigations Officer’s Application for the Issuance of Subpoenas, United States of America v. International Brotherhood of Teamsters, 88 Civ. 4486 (LAP).

5 Pages 4–5 of the Independent Review Board Charges against Rome Aloise, February 10, 2016.