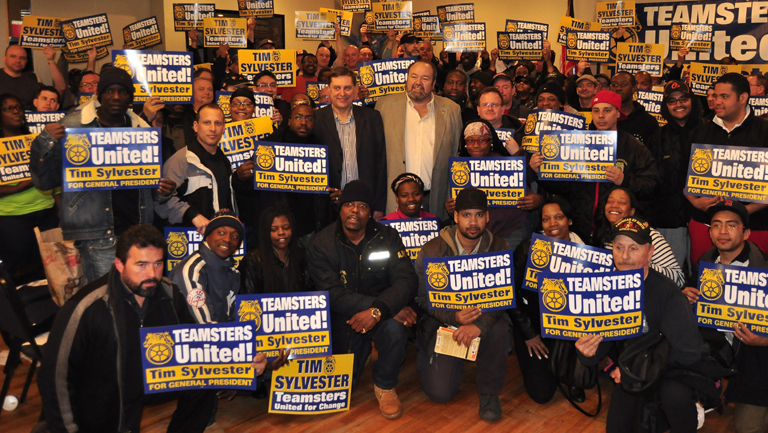 To be officially accredited, we are collecting a minimum of 50,000 petition signatures from Teamsters across North America by August 15.

We are building a Teamster-to-Teamster volunteer network that can collect the signatures and get the 200,000 votes we’ll need to win. Get involved today. You’ll find all the information you need to petition in your area.

Click here to sign up to be a petition drive volunteer or to send your ideas or questions. Or call the Teamsters United Campaign at 718-693-0400.

* Members belonging to Local 2727, regardless of their work location, must sign the Central Region Petition.

Make sure that petitions are signed correctly. To be valid, a petition signature must include name, signature, local number, and the last four digits of the member’s Social Security number. The last four digits are required by the Election Supervisor to verify that the signature is from a current Teamster member.  Members can only sign the petition for the region to which their local union belongs. Example: A member of Local 391 in North Carolina can only sign the Eastern Region Petition. See the regional listings above for details.

Promptly return all signed petitions to:

* This address is NOT a P.O. Box. Petitions can be returned via UPS.

Your Right to Petition

Copy and hand out leaflets while you're petitioning to inform members about the election process and the Teamsters United Slate. 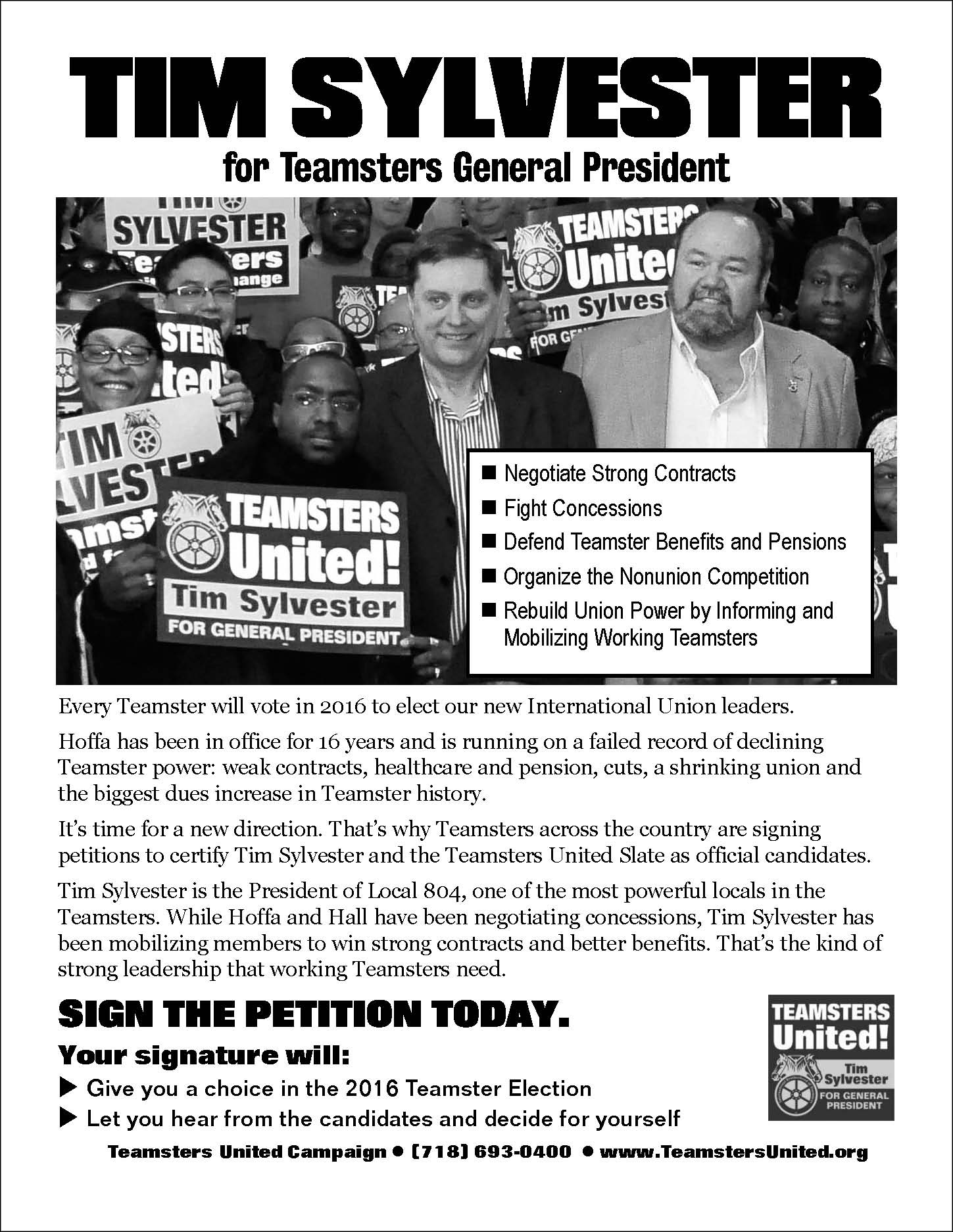 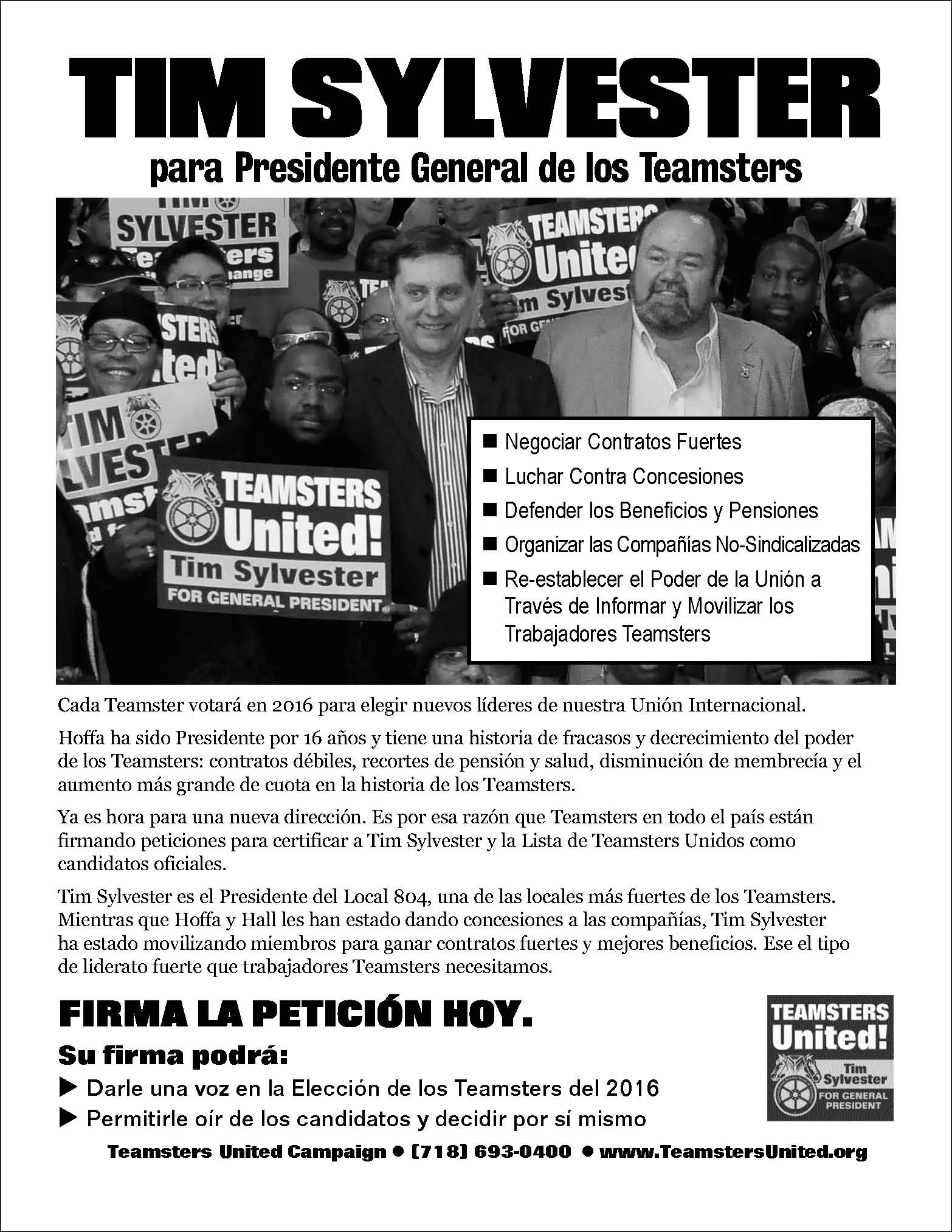 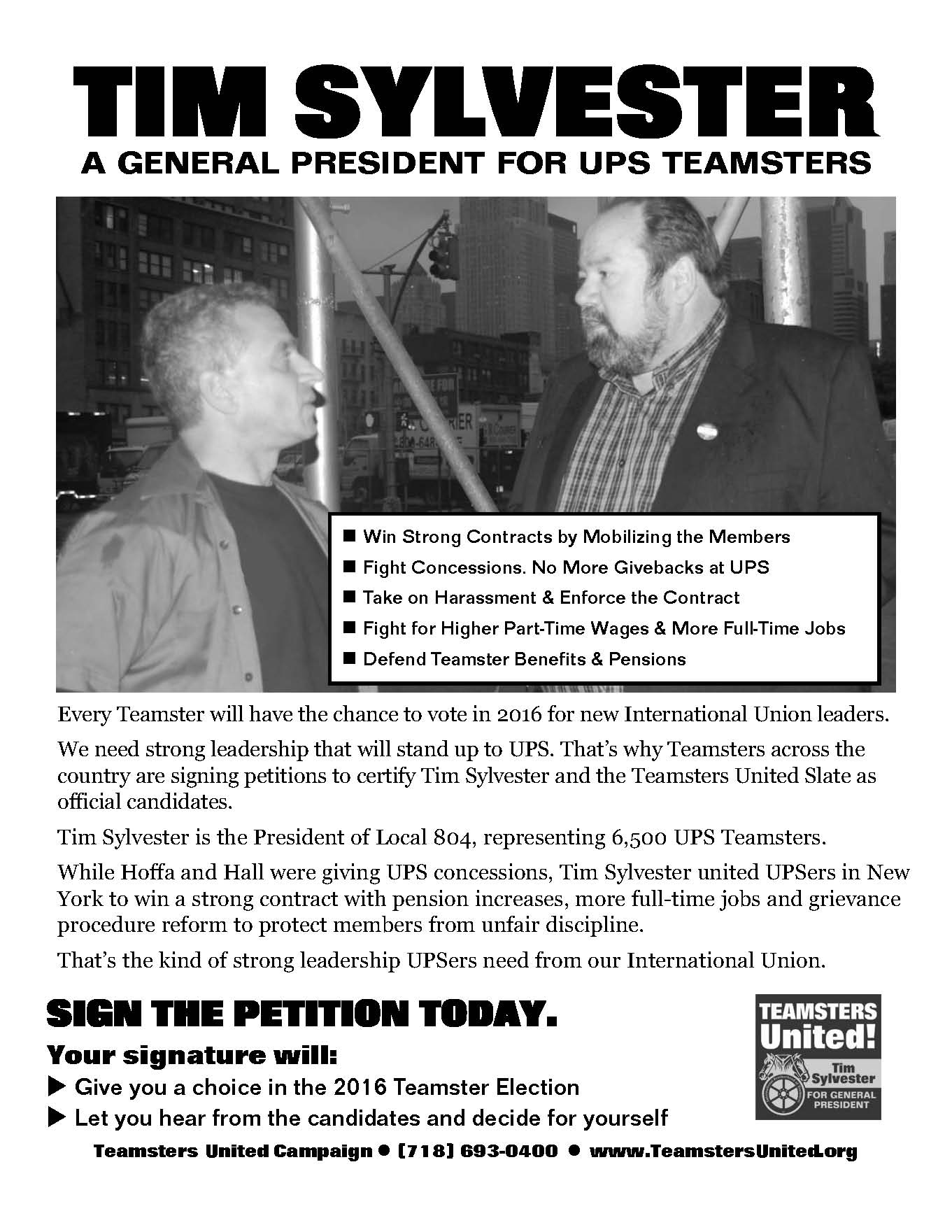 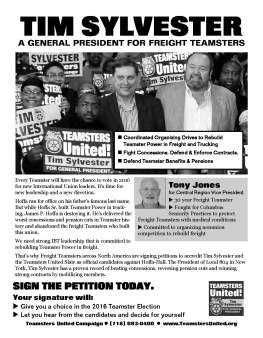 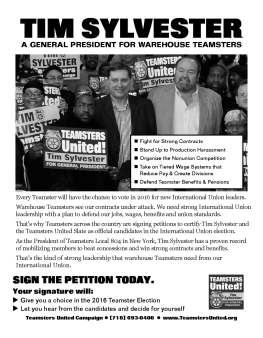 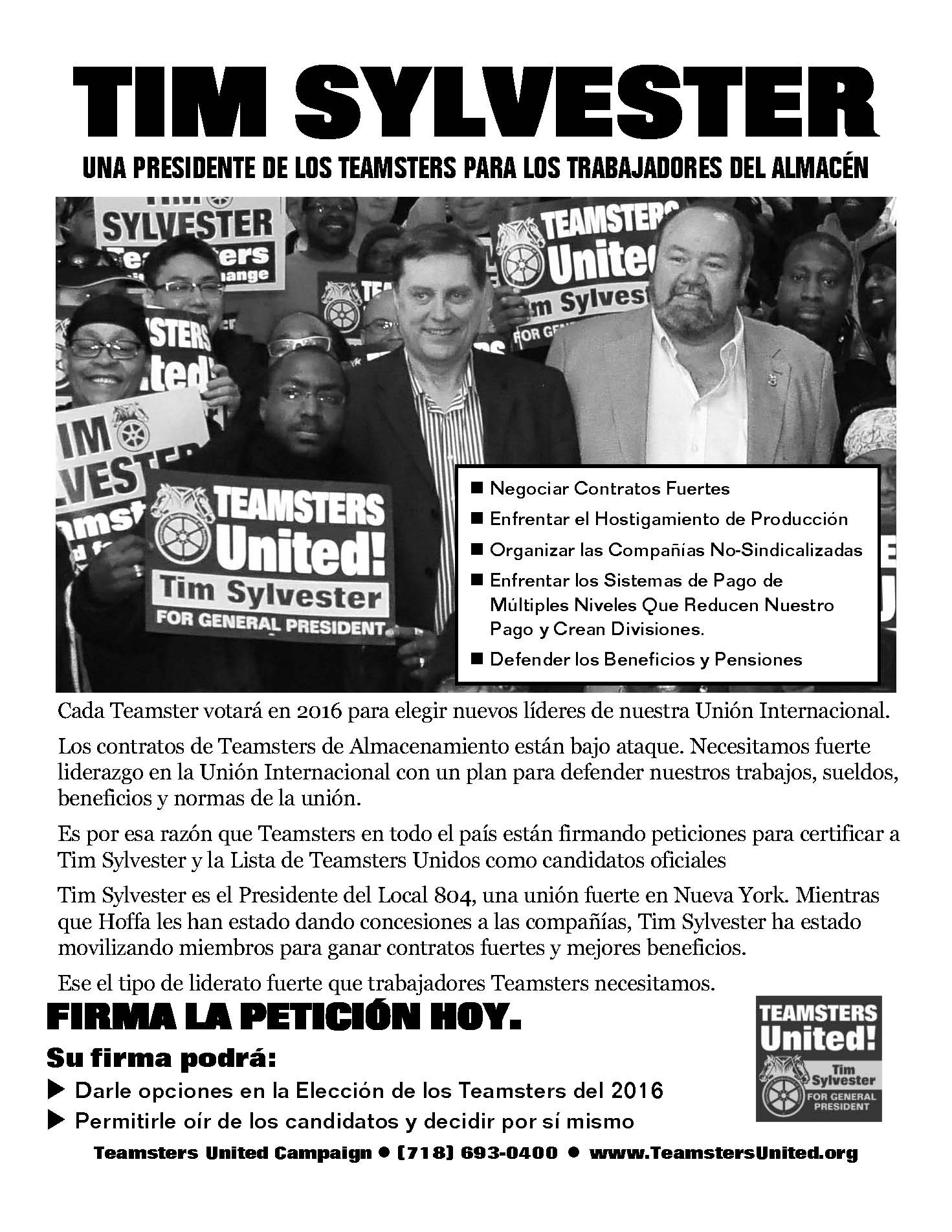 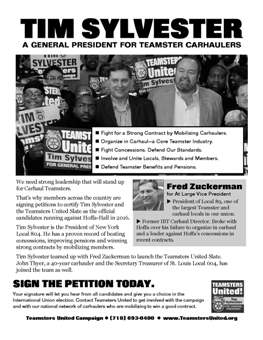 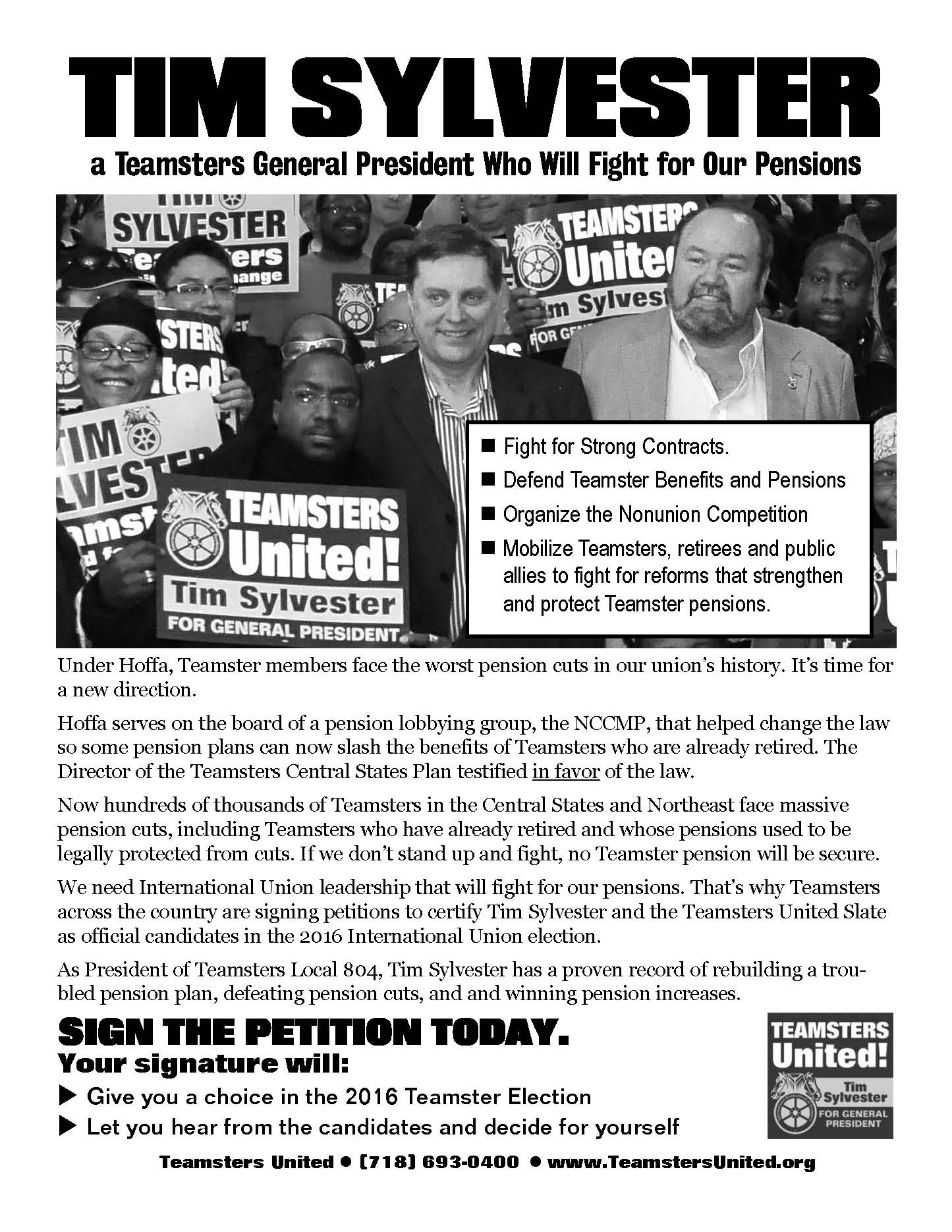