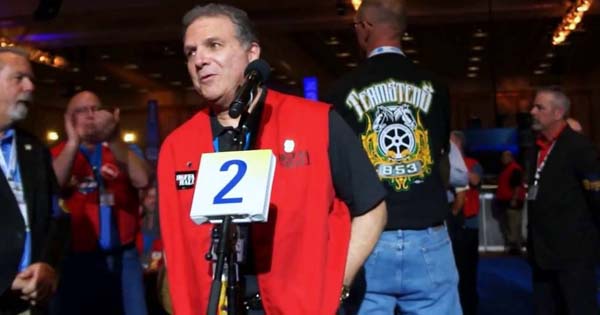 Aloise betrayed the members and disgraced our union, including by taking employer payoff in exchange for forcing contract concessions on Teamsters in Minnesota.

His corruption is well-documented in a 60-page ruling by Judge Jones, which is final and binding. She has asked all parties to submit position papers before she rules on Aloise's punishment.

General President Hoffa is required by our Constitution to maintain a corruption-free union.

He should immediately remove Aloise from all appointed positions and call on Judge Jones to ban Aloise from Teamster membership.

The wheels of justice have moved too slowly for Teamster members.

Aloise was first charged in February of last year. He has stonewalled and delayed for over 18 months so he can continue to cash in on our union and collect four Teamster salaries.

The Hoffa-Aloise corruption cover up has finally run its course. The Election Appeals Master should order a rerun election and let members a cast a fair and informed vote for IBT leadership.