Teamsters from several locals turned out for barbecue, solidarity and Teamsters United on October 11 in Nashville. Tim Sylvester told the enthusiastic crowd that “Hoffa doesn’t realize that it’s OK to tell an employer ‘No!’ and outlined the Teamsters United program for building Teamster power.

Tim was joined by candidates Fred Zuckerman and John Palmer, along with plenty of Teamsters ready for change from Nashville Locals 480 and 327, as well as Teamsters from other locals in Tennessee, Kentucky, Georgia and Indiana. 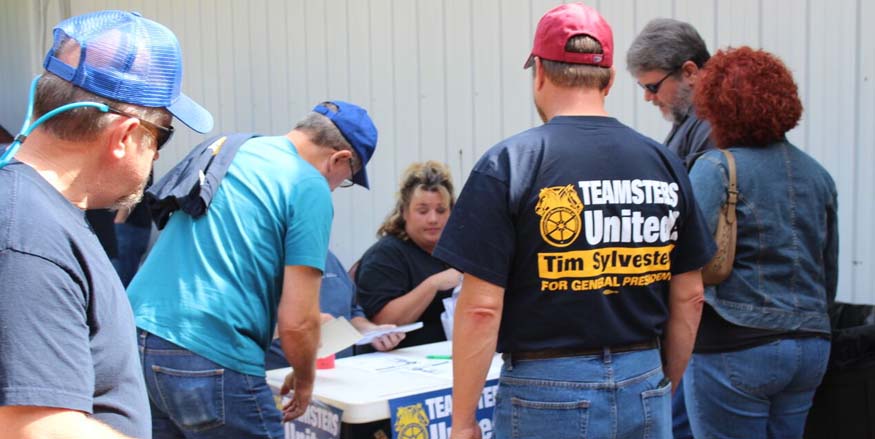 Teamsters were plenty angry about the pension cut massacre, brought on by years of Hoffa and Hall’s failure to organize and their willingness to say “yes sir” to employers who want to destroy Teamster pensions. YRC Teamsters, carhaulers, UPS Teamsters and other victims of Hoffa-Hall concessions are joining the campaign to put the Teamsters back on the road to solidarity and strength.

John Palmer talked with members who are forming committees in each local to campaign and to run slates in the upcoming delegate elections.