Teamsters United Moves Ahead with Zuckerman-Sylvester at Top of Ticket 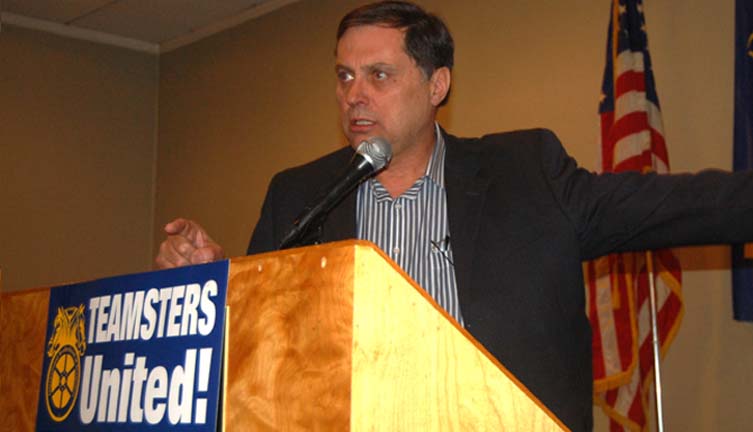 More than 750 campaign volunteers participated in the call to make plans for winning the International Union election this fall.

Zuckerman praised the leadership and proven record of Tim Sylvester who will be running as the Teamsters United candidate for General Secretary-Treasurer.

He also announced three new candidates have joined the Teamsters United Slate:  Bob Randall of Connecticut Local 559, Avral Thompson of Louisville Local 89, and Carlos Lizarraga, a rail Teamster and a Local Chairman in the BLET (you can read more about them here).

Zuckerman outlined plans for winning strong contracts, organizing the nonunion competition in our core industries, defending members pensions, benefits and union standards and taking on corruption, which has flourished under Hoffa-Hall.

Teamsters United volunteers talked about their organizing plans, including running in Convention Delegate races, holding campaign events with candidates, and selling raffle tickets to raise money for the campaign.