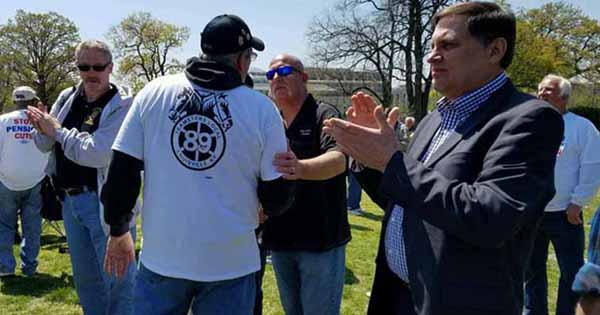 In his submission, Fred denounced the Central States pension cut plan for dishing out unequal cuts to different groups of UPS retirees. Zuckerman called the plan "a brazen and unfair gift to UPS," which allowed the company to save money by passing out deeper cuts to some groups of retirees.

True to form, the Hoffa administration took a pass on standing up to UPS and said nothing about Brown disgracefully profiting from pension cuts by the CSPF plan to distribute the cuts unequally.

But Fred Zuckerman took on the UPS pension cut loophole and the Treasury Department agreed, citing the plan's failure to distribute the cuts equally as a principal reason he rejected the plan.

Fred was also alone in calling for the Central States application to be rejected because it "failed to provide sufficient notice to the affected participants regarding their rights and remedies if their benefits are cut." Kenneth Feinberg agreed, citing the poor notice sent out by Central States as another key reason for his rejection of their plan.

Fred’s submission made the same argument but a lot more harshly saying, “CSPF projections offered to satisfy it are a fairytale full of actuarial alchemy and devoid of any realistic, measurable standard by which any distressed pension plan’s long-term solvency can be evaluated.  They are designed to provide political cover” for drastic benefit cuts.