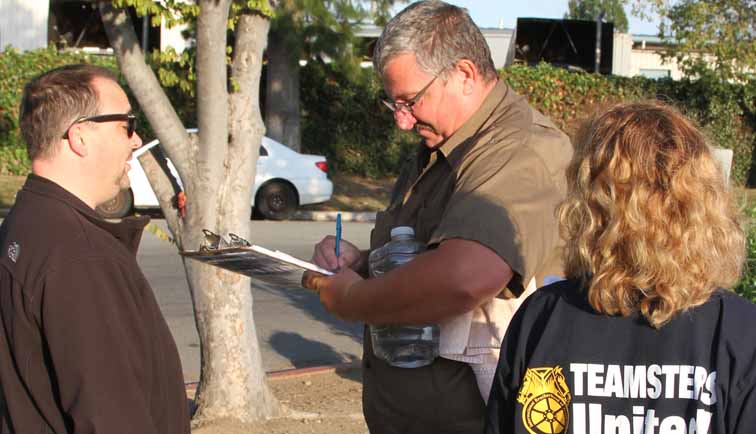 Ken Hall told UPSers they weren’t going to pay $90, $9, or 9 cents for their healthcare. But UPSers in the new Teamsters Western Region & Local 177 Health Care Plan are paying a heavy price for inferior healthcare in the form of a lower pension when they retire.

Teamsters moved into the new plan went from a 90/10 health plan to an 80/20 plan, with reduced services and prescriptions.

Like Teamcare, the new plan dropped from 30-day coverage to seven days, which causes some Teamsters to temporarily lose their coverage entirely under the hated “one-punch” rule.

Members are paying for this inferior healthcare plan in the form of a lower pension when they retire.

Full-Time UPSers are losing $1,040 every year in money that is being diverted from their pensions to pay for their healthcare.

This hits Teamsters in the West especially hard because their pension is directly calculated based on their hourly pension contributions. Lower contributions mean a lower pension when you retire.

Over the past three years, the pension contribution for UPS Teamsters in Northern California and the Pacific Northwest has increased by $1.50.

For locals in the Southern California, Arizona and the Southwest the pension contribution has gone up by just 25 cents.

Going forward, pension contributions will remain frozen until the trustees of the healthcare plan decide the plan is sufficiently funded. The pension freeze is expected to last through the end of the contract in 2018.

As a result, UPSers in the Southwest will get a lower pension when they retire.